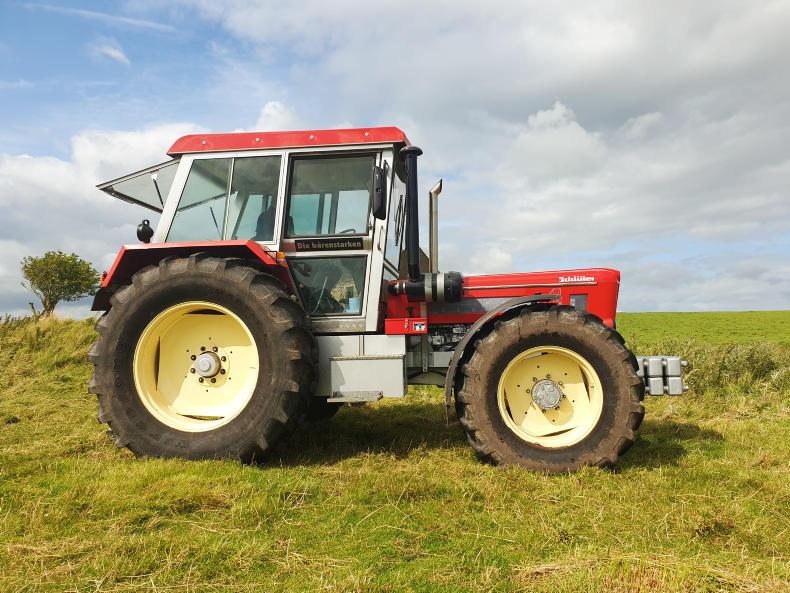 Michael Kelly is no stranger to the vintage scene. Back in 2005, he made the trip to Thaxted in the UK in search of a classic Steyr 1100 for a restoration project. Shortly after arriving at the tractor dealership (J Brock & Sons) near Essex, Michael noticed a Schlüter tractor in disrepair parked at the bottom of the yard.

After enquiring about the tractor, Michael, learnt that this machine was from a local tillage farm. The tractor was one of two that had just been traded in. Built in March 1978 but not registered until 1980, this Schlüter E7800TV (Super 1500 TVL) was mainly used for pulling a Lemken six furrow cylinder plough and spent some time on a stone cart. One of the main stand out features of the tractor is the ability of the cabin to hydraulically fold backwards through a ram, providing easy access to the componentry underneath for any maintenance works.

At the time, the tractor was in poor shape and the dealer was asking £5,500. Michael immediately felt a grá for the rare machine and decided to purchase it, leaving the classic Steyr behind.

Shortly after bringing the tractor home to Dunmore in Galway, Michael decided to begin the restoration project. The engine was the first major component to be overhauled, after clocking up some 24,000 hours on the previous owners tillage farm. Michael Kelly spent five years on the restoration of the Schluter tractor.

Michael’s tractor is fitted with a straight six 7.128l engine built by Schlüter themselves. Capable of churning out 160hp, the engine had been run for quite some time by its previous owner, with no air filter. Combined with years of hard grafting, this meant that the engine required a serious amount of work. This included installing new pistons and liners, reconditioning the injectors, the head gasket, replacing bearings, polishing the crankshaft and fitting a new water pump. Michael is very mechanically minded and carried out the vast majority of the mechanical work himself. However, sourcing genuine parts was the first real roadblock that he encountered.

After getting in contact with the previous owner, Michael soon learnt that his E7800TV had become a donor to the other Schlüter on the farm, meaning many important components had been removed. This included the power steering ram, turbomatic clutch, air conditioning unit, air tank, compressor and the prop shaft. These parts, along with the major parts required for the engine refurb, meant that Michael had to search the internet for contacts and parts. The Schluter company was established in 1899 and went into liquidation in 1993.

Eventually, Michael came across two men. The first, Edwin Alber, was an ex-Schlüter dealer. He had a vast knowledge of the Schlüter tractors and also had some parts Michael needed. The second man was Michael Egelseer, who purchased all of the Schlüter spares when the company went into liquidation in the 1990s.

This led Michael on two trips to Germany for spares. He told the Irish Farmers Journal that Schlüters parts’ are very expensive, noting that the spares for the engine alone cost in the region of €8,000.

One of the stand out features of the tractor is the ability of the cabin to hydraulically fold backwards through a ram, providing easy access to the componentry underneath. This was complemented by the hinged folding front bonnet.

Another unique feature of the Schlüter tractors was the sliding doors. The top of the cab runs at an angle to the bonnet to help prevent glare on the windscreen. One of the main stand out features of the tractor is the ability of the cabin to hydraulically fold backwards through a ram, providing easy access to the componentry underneath

If we look at the decals on Michael’s tractor, we can see it’s badged as a Super 1500 TVL. The T stands for turbocharged, the V stands for four wheel drive and the L stands for long wheel base. However, when Michael purchased the tractor it was badged as E7800TV. So what’s the difference? Michael explained that all models built for export were badged differently. In addition, all exported tractors had the engines slightly tuned up by around 10hp. However, he was unable to source genuine E7800TV. decals anywhere, so he settled for the Super 1500 TVL.

Schlüter used a lot of ZF componentry in their tractors. Michael’s tractor is fitted with a ZF T3455 transmission, which has 12 forward and six reverse gears. Michael said he never had to touch the gearbox, but did have to source a turbomatic clutch.

The tractor also had ZF front and rear axles and a ZF backend. Michael rebuilt the front axles before fitting new bearings and seals. “The ZF running gear used in the E7800TV (Super 1500 TVL) was bulletproof. They had a serious front axle but it had a fairly poor lock. This tractor would also have the same backend as what’s used in the highly sought after Case IH 1455xl and the Fendt 612/614. There’s no doubt about it, these tractors were built to last”, he said.

The tractor is also equipped with a mechanical turbo-timer. When the operator pulls the stopper to turn off the engine, this feature will allow the turbo to continue to run for a period of one to one and a half minutes to preserve the longevity of the turbo. Another unique feature to the Schluter tractors was the sliding doors.

Michael manufactured a new toolbox, front mudguard brackets and wing mirrors for the tractor. The battery box was made by a local engineering firm using the original dimensions. Michael also used the exact dimensions of an original exhaust he came across on his travels in Germany and got another local firm to make a replica.

Schlüter were manufacturers of tractors based near Munich. Founded in 1899, the company prided itself in hand building each tractor to specific customer requirements.

It’s believed that at present, there are only five Schlüters in Ireland, two of which belong to Michael. It’s believed that at present there are only five Schluters in Ireland, two of which are belonging to Michael.

Schlüters were first imported here by a German man named Michael Herbst, who farms at Kilpoole Hill near Wicklow Town and today runs Herbst Software. It’s believed he imported three Schlüters to work on his farm in the 1970s. Attendees of the Spring Show in the RDS may remember the Schlüter brand being on display. However, it’s believed Schlüter never took off in Ireland because of it’s premium price. At the time, it was noted that you could buy two Ford TW15s for the price of one Schlüter.

This, along with the long waiting list, is believed to be much of the reason why the tractors were never popular in the UK either. Reco were the importers of Schlüter into the UK, importing their first tractor in 1978. In the years that followed, Reco were offering Schlüter tractors from 80hp right up to 320hp, with a price variance of just under £15,000 to in excess of £70,000. The tractor had clocked up some 24,000 hours on the previous owners tillage farm in the UK.
The project

Michael explained that the restoration took five years to complete. The project also required a trip to the UK and a further two trips to Germany to secure genuine parts. Since completing the restoration, the tractor has only clocked up approximately 150 hours, mostly at local shows, road runs and the occasional tractor pulling competition. Michael has always been a huge fan of German tractor engineering. He recently acquired a second Schlüter tractor, a cab-less Super 650 two wheel drive tractor built in 1960. He also owns a 1948 Hanomag R40 and recently sourced two rare Deutz D8005s from Canada. Michael is also an active member of the Dunmore Vintage Club. 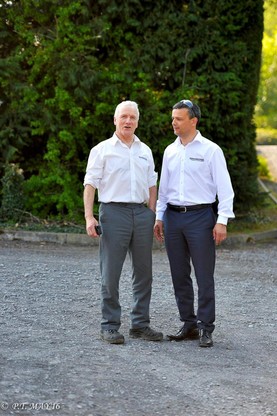 Made in Ireland: Engineering the future at Dromone
Gary Abbott caught up with Patrick Duffy and William Egenton, product manager and managing director at Dromone Engineering. 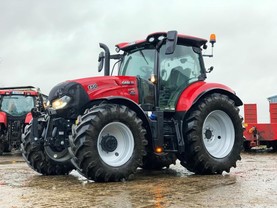 Maxxum ticks all the boxes for Tipp contractor
Gary Abbott travelled to Tipperary to meet contractor Martin Hayden to talk about his Case IH Maxxum 150, which is fitted with the most recent ActiveDrive 8 transmission. 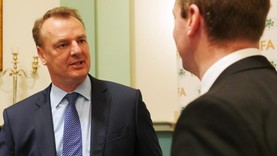 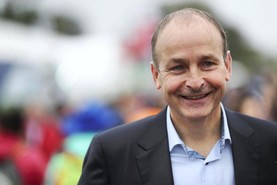